I have to tell one on myself.

I noticed recently that my response to suggested changes in the way we were doing things or plans we had in place had become an automatic no.

Automatic … as in reflexive. I didn’t have to hear or contemplate the suggestions. I wasn’t interested. I’m thinking to myself, “You want to do what?! You want to change what?!” I’m not proud of it, but I was shaking my head before the words were out of the other person’s mouth. 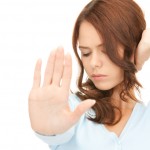 Part of that probably comes from the fact that it’s been a stressful time. My mother’s been sick. I’m working my way through some complicated and time-consuming projects that have brought with them their share of issues, long hours, and times when I wake up in the night with my mind churning. My cup runneth over.

I know you’ve been there. You know how it can get.

And so my answer’s been no.

“I have enough to handle as it is without making changes and introducing more uncertainty.” That was my subconscious talking, laying down the law.

My ideal way of being is to be open to ideas, consider them judiciously, and implement the ones that make sense.

So, why wasn’t I doing it? Was I behaving badly? Was I doing something wrong?

No, this was just my subconscious directing the show, trying to preserve my sanity.

I believe most people think of being open to change as being a good thing, almost by definition. But too much change too fast can represent a threat to any system, be it a human body, an organization, a country, or a machine.

So, it makes sense that when we’re feeling overloaded, we reflexively throw up the stop sign in an attempt to maintain stability. That’s just nature’s way of protecting us from straying beyond the yellow lines and self-destructing.

But that means you’re probably saying “no” to some good ideas.

I’ve been working on creating a professionally produced video. We were all set up to record on a Sunday, and I was planning to do my final practicing on Saturday.

My filmmakers suggested that since we had the room booked for both Saturday and Sunday, we could film me doing my thing as if an audience were there on Saturday. Then, I could perform live for the audience Sunday, and we could edit the various clips together into a seamless whole. It’d give us more time, allow more takes, and generally take the pressure off.

Saturday! Give up my practice day? No way.

The good news is that after the fact, I was able to thoughtfully consider the suggestion and trust their judgment. And you know what. We shot on Saturday and it was the smartest thing we could have done.

You don’t want to be saying no to good ideas.

You may not be able to make a considered judgment in the moment of hearing the idea, but at least bank it to think through later.

My goal at this point, though, is to go one step further and thoughtfully consider the suggestion during the interaction by preparing myself to be open beforehand.

The trick is to first become aware of what you’re doing. Don’t blame yourself or beat yourself up for it. Just acknowledge that it’s happening. And then to put a practice in place that allows yourself to be more mindful and deliberate in the moment.

I hope it works, because being an automatic no certainly doesn’t.