If you could accomplish absolutely anything you wanted in your personal life or your business … and you knew you couldn’t fail … what would you take on?

It’d be something big, wouldn’t it?

But there are no guaranteed successes in life.

When you take on something big, you know there’s always the possibility you could fail.

Sure, you came up with a great plan, but something unexpected happened and, just like that, you’re out for the count.

That’s life. Nothing is promised. Nothing guaranteed, besides death, taxes, and telemarketers calling at dinnertime.

But here’s the crazy thing.

I have clients who are up to big things. Some are dramatically expanding their businesses. Some are taking huge leaps within the leadership structure of their firms. Others are working on major improvements to their health. 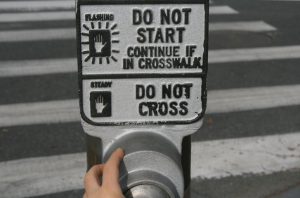 I’ve noticed almost all of them move along just fine to a point. And then, bam! They stall out.They can’t seem to move forward.

And, more often than not, there wasn’t any obvious thing you can point to that derailed them.

These people are the doers, the risk takers … those brave souls who relish a challenge.

You wouldn’t think they’d be stopped by … nothing.

I think it’s the prime directive of the subconscious mind kicking in: Stay safe.

When “too much” change is introduced into any system, natural, biological, organizational, or societal, the “organism” in question translates that pace of change as a threat to the integrity of the system … as not safe.

Most of the time, you and I would look at the situation objectively and say, “But it isn’t unsafe.”

What we fail to appreciate is the subconscious ain’t takin’ any chances. It’s going to have you drive 50 even if the road is rated for 70. Go 70 and it freaks out.

The fact is you have an internal psychological system that has a positive intention … to keep you safe. It will not be ignored, and it isn’t going to be overridden. It WILL shut you down one way or another.

It’ll make you scared for no good reason. It’ll instill self-doubt. It’ll get you talking negatively to yourself. You’ll find yourself awfulizing instead of positively visualizing. And the closer you get to the goal, the louder the chatter gets … like a pitcher trying to close out a no-hitter.

Because you’re in unchartered territory … terra incognita … and uncharted territory is dangerous. Too different from the familiar. Too far removed from what’s comfortable.

As the old maps used to say when they got to the edges of the known world … Here there be dragons!

So, what do you do if you want to keep making progress on your grand endeavors?

Talk to that part of your mind. Bargain with it. That’s the key to getting what you’re after while keeping your internal crossing guard happy.

Think about it. Have you ever tried to warn someone of a danger you perceive to their safety or wellbeing?

And how do you feel if that person blows you off and either doesn’t listen or just ignores what you have to say?

You probably get frustrated and maybe a little huffy. And maybe next time your voice gets a little louder, a little more insistent and shrill.

Well, your subconscious does the same thing. It wants to be heard.

In contrast, how you feel if you communicate your concerns and the person listens intently and reassures you that they’re being careful and taking your warnings to heart. You feel better, and you’re likely to trust that things will be okay.

Same way with your subconscious.

Tell it you hear it and you appreciate the concern for your wellbeing … that you will take the warnings to heart and be careful. AND … you’re going to proceed now.

It may sound silly to be talking to an aspect of yourself this way, but it works.

The payoff? You get to keep going. You don’t sabotage yourself at the urgings of an overprotective safety officer.

And you achieve your big goal.

So, how about you? Are you going through big changes?  Have you experienced the mysterious stalling out I’m talking about? If so, feel free to contact me.

There’s nothing like having a coach to help you anticipate and work through the barriers to success, both tangible and intangible … so you can keep moving forward.