I may not even know you, but I know what you want.

Not with any specificity, mind you, but I know.

You want to maximize pleasure and minimize pain. And how do I know this? Because you’re human. It’s basic psychology. 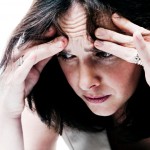 But while certain “things” make almost everybody happy, like having enough to eat and a dry place to sleep, and certain things cause misery, like being hungry and homeless, it’s not always so clear whether the things we’re doing / pursuing will cause us more pleasure or more pain.

How can we know how things’ll turn out?

And not knowing can produce anxiety when it comes to making changes and trying something new.

But the possibility you could improve your situation also produces excitement. Whatever you’re up to could really pay off!

Excitement and anxiety. Anxiety and excitement … they’re two sides of the same coin.

I don’t know about you, but when I’m feeling anxious, I feel powerless. Possibility takes a hit. I feel as if things are destined to turn out badly.

Sometimes it’s paralyzing. It stifles productivity and shuts down my creativity.

In contrast, when I’m excited, I feel energized, powerful, ready to take action. The possibilities are endless.

So, what do we need to do to spend more time being excited and less time frozen up with worry?

First, acknowledge your subconscious for trying to protect you from pain. It’s raising caution flags, so you don’t run headlong into a ditch. Thank it for a job well done.

Second, talk out or write out what you’re afraid of and look at how rational and legitimate those fears are. If they seem like idle fears, it makes it easier to let them go. You can chalk your worrying up to the usual anxiety everybody feels around making a change or trying new things.

And if they’re real, it allows you to pinpoint the issues involved and take action. Nothing relieves anxiety like taking action.

Recently, I worked with a client who was feeling very anxious about an upcoming move. Although she’d decided to uproot herself and relocate several months earlier and had already secured a place to stay and a new job, the closer it got to moving day, the more her anxiety shut her down.

She now had 15 days to pack her house and office and move several states away. She felt stressed, sick, and unable to do a thing.

We explored her anxiety with the idea that there was an underlying message to uncover. Rather than push away the fear, she allowed herself to feel it deeply.

What was she afraid of? She invited the source to reveal itself. It took several times of my asking the question and several layers of answers before she got to the root of it.

It turns out she was afraid she wouldn’t be able to make friends quickly and would feel lonely – something that she had felt the last time she’d moved.

Once she identified the cause of her anxiety, she felt better. Her emotional state started to improve. And feeling better allowed her to become proactive, taking the steps she could take to make sure her fears didn’t become a reality.

She became excited about her move and started looking online for groups she could join that would allow her to meet people with similar interests. By the time moving day came, she’d already met two new friends through social media who were dying to show her around town!

That’s how anxiety gives way to excitement. And how excitement over possibilities naturally leads to taking action … to make the possible real.

And that’s how you maximize pleasure and minimize pain.

Which, after all, is all you ever wanted.