Why do people typically get promoted to leadership positions … besides having the right connections?

They get the job done.

It doesn’t matter whether you’re talking about an expert who does a great job of handling her assignments or a member of a team who stands out as a solid performer.

And what typically accounts for the good results these folks have achieved?

They worked hard, and maybe more than anything, they sweated the details. They crossed the t’s and dotted the I’s. They were meticulous. They were smart, fully engaged and “owned” their work. You could count on them.

So, they got promoted.

But now, “getting the job done” is no longer about their direct contributions. It’s far more about what they’re able to help their team achieve.

That requires an almost completely different mindset and set of skills. 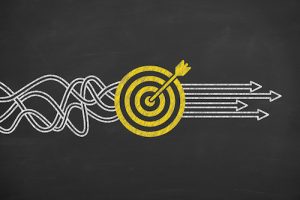 Leaders ask questions. They don’t jump in with solutions.

Leaders provide feedback and positive reinforcement … not criticism. Leaders trust their team members enough to surrender a lot of control.

Maybe not always, and maybe not all that much. It depends on the circumstances, but when it’s appropriate, they delegate authority to the team and live with the outcome, good or not so good.

They give their teams the freedom to fail without punishment and subjecting them to a lot of jabber about “accountability.”

It’s how you build a competent team, which is no different from the way you raise a competent, resourceful child.

The skills required are largely interpersonal skills and communication skills, not expertise in your field and not the personal, hands-on involvement you’ve always relied on.

But what you typically see happening, especially with hard-driver personality types … who, by the way, are the very people who typically get things done and get promoted … is they want their fingers in every bit of the pie.

They become micromanagers, trying to maintain control rather than delegating, coaching, and supporting.

I see it over and over again. The strength that made someone a great individual performer becomes a weakness in the leader.

This is especially the case if someone was really competent in a field and they’re now working with team members who may not have the same skill level and who they don’t completely trust to perform to the same high level they did.

The bottom line is you have to make a transition, and it can be a tough one.

You were a performer. Now, you have to be the visionary, the coach, the booster, the facilitator. And you have to give up a lot of authority via delegation while retaining all the responsibility.

The sad fact is a lot of people thrust into leadership positions simply can’t handle that kind of jolting change of roles.

The key to success is understanding what the role demands of you.

If you don’t understand the requirements of the role, if you rely on your old success formula, you’re almost certain to struggle.

This is why smart organizations provide training and coaching for their emergent leaders in the areas of communication skills, team development, facilitation skills, strategic thinking, decision-making, problem-solving, etc. … the often maligned “soft skills” that so often make the difference.

And they often provide coaches to help their leadership executives translate what they’ve learned in their training into actual team-leader-like behavior in real time.

Like not yelling at someone who screwed up right in front of you, but instead giving them feedback and guidance and the assurance that they aren’t in trouble, as long as they gave their honest best effort.

The good news. You can make the transition.

Just don’t think what’s always made you a winner will continue to do so in your new position.

You have to grow beyond that.

It ain’t easy. The upside? Get it right, and you’ll have much greater influence in your organization.