Let me ask you a personal question.

What do you have to do to prove yourself in this life? What’s required of you?

Think about that for a moment. 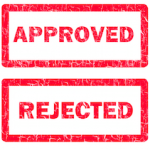 And here’s another question.

From whom are you seeking this validation? In whose eyes are you hoping to be found worthy?

And what would happen if you don’t get the validation you’re looking for?

Would it mean you’re weak … that you lack substance … that you’re invalid? I choose these words, because valid means strong … substantial … authentic in Latin.

And, by golly, you’d better do right so you measure up.

I bolded and italicized do, because seeking approval is all about doing. Doing what? Whatever will find favor in the hearts and minds of others.

We all want this external validation to one degree or another.

I wanted my parents’ approval. So, I did what I was supposed to do to conform and please. I behaved myself … mostly. I was a good girl. I got A’s on my report card.

But the sad thing is … they never came through with their end of the deal. They just weren’t able to give me the kind of approval … the validation … I needed. They weren’t wired that way.

It’s not an uncommon story. We’ve all experienced it somewhere sometime from somebody.

But the lack of positive feedback didn’t mean I stopped trying. Oh lord no! I worked my tail off to show I mattered and was accomplishing noteworthy things in my life. At one point, I was coordinating the largest free outdoor street festival in the southeast. It was a very big deal … a massive undertaking … and I was in charge. See. Look at me. Aren’t I doing something special?

But there were two problems.

I wasn’t enjoying myself. And my accomplishments never gave me the love and approval I spent so much of my life seeking!

When the measure of your self-worth comes from other people, is it ever enough?

I don’t think so. And that creates a problem.

Where does it leave you if the people you require recognition from won’t certify your worth? Or what if they do, but you always need more in order to feel worthy?

It took me decades to realize I don’t require anyone’s stamp of approval to be worthy. “Worthiness” is just a construct we buy into and then judge ourselves against.

Notice I said judge ourselves.

Yeah. Did your parents ever sit you down and say, “Unless you do this, this, and this, you will be considered unworthy and invalid?” Probably not. We mostly make up the hoops we think we have to jump through.

Look, you and I are miracles of creation. That’s all that matters. Worthiness doesn’t even come into the equation.

You are special and magnificent by design. Your beauty and value are intrinsic. You’re beautiful and valuable simply by virtue of your being.

You have nothing to prove.

That’s not to say that what you do can’t bring you great satisfaction … that behaving well isn’t a virtue … that becoming an extraordinary person isn’t a worthwhile goal. But, do it for yourself. Do it because it works for you … and yes, for others as an added benefit … not because you should or you have to.

As Polonious says in Hamlet, “This above all: To thine own self be true.”

Forget, first and foremost, trying to please others.

To thine own self be true.