“There’s never been a better time to buy.”

The calls to action from marketers are everywhere and come at us non-stop.

And guess what? A lot of times, you’re just as bad as the hucksters with the urgency you impose on yourself.

Gotta make a decision. Gotta get it done. Time’s a wastin’. He who hesitates is lost. 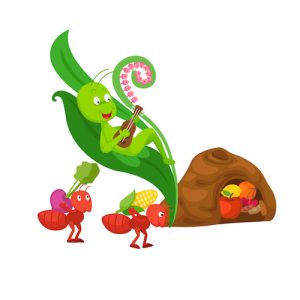 What terribly bad thing would happen if you waited … if you took time to reflect, to ponder, to feel into whatever choice you’re looking at making?

Newsflash … most of the time, nothing bad at all, and many times, you’ll end up saving yourself from making decisions you’ll regret later.

Think of the millions of pieces of exercise equipment serving as clothes racks. Think of all the people serving on committees who ask themselves daily … “Why did I say yes to this?”

So why do we respond to the calls for us to act now? Why do we feel as if we’re procrastinating or somehow not on the ball if we take a day or two to weigh our options?

Because everything now is about speed … from our communication connections to the rapid fire images on commercials and videos. It’s all about keeping the monkey mind engaged.

And that’s NOT a good thing. It makes you less than fully human.

It makes you behave like a toy that comes to life when someone pulls the cord in its back. They stimulate. You respond. Pavlov’s human.

Those who are smart create some distance.

In economics, there’s a concept called time preference. Before you snooze out on me, the idea is pretty simple. Think of the parable of the ant and the grasshopper.

The grasshopper is a spendthrift. He wants his gratification NOW. The ant is happy to forego his pleasures today in order to save up for what tomorrow may bring.

If he were human, the ant might be saving for retirement or for a trip he’s always wanted to take, but didn’t want to go into debt at 18% to pay for it.

Guess who’s most successful in life? The people who wait. The people who think. The people who decide they don’t have to rush into anything … that it’s never a good idea to make a decision when they’re feeling impulsive, fearful, frustrated, or pressured.

Such is the power of waiting … of simply taking time to consider what you really want and looking before you leap.

Real life example: I know a couple of people who’ve adopted a rule for decision-making. If someone asks them to take on a volunteer project or schedule a meeting or even a lunch, they never say yes before waiting 24 hours.

That’s long enough to keep from reflexively agreeing to something they really don’t want to do.

Personally, I’m a fairly quick decision-maker. I like to stay in action … to keep things moving, and I’ve made some mistakes as a result of that default style.

As I’ve matured, I’ve come to learn the power of waiting. I meditate. I pray. I go inside. I employ the 24-hr rule. And I discuss my options with others.

If I wait long enough, I typically enter a space where I know the right thing to do … or not do. That’s when I pull the trigger.

You can do this too.

Start by paying attention to your pattern. Do you tend to act quickly? How does it usually work out for you? What would happen if you wait until you have that knowing before you take action?

My bet is mostly good things. I think you’d find relief in chilling and “letting the game come to you” vs, forcing the action.

Here’s the key. When you wait, don’t wait passively. Research, analyze, ponder, talk it through, and most of all, pay attention to that inner voice that tells you “now.”

It’s a bit of wisdom from the sages we need to revisit in the modern age ….

Good things come to those who wait.