Leaders often think they have to be exceptional.

I would agree with that in the sense that they have to have an exceptional ability to create a positive vision of where the organization is headed and get people excited about going there … all while setting an exceptional example for others to follow.

But I think a lot of leaders think they have to be exceptional in a different way. 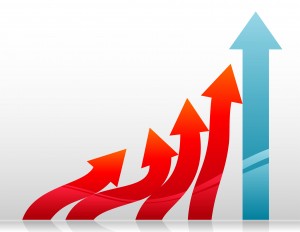 They think they have to be better than other people in the sense of being less prone to making mistakes, better able to handle discouragement and failure … tougher, less susceptible to the human frailties in general.

Less vulnerable … or at least they have to maintain the appearance of being so.

I say nuts to that. All that does is make them seem unapproachable and self-important.

People in the organization will respond far better to you as a leader if they see you’re human rather than pretending to be superhuman. All the pretending does is keep you at arm’s length from folks … when your number one job as a leader is to connect with them.

That facade of invulnerability is a throwback to when the king sat on a throne removed from … and elevated above … the common folk. Not because he was actually anything special, but because he wanted people to respect his power.

Not exactly how you convey the sense that we’re all in this together working toward a common goal, now is it?

Some will see admitting they’re not perfect as a sign of weakness.

That’s ironic, because the exact opposite is true. It doesn’t take strength to pretend. As Brene Brown, a researcher at the University of Houston says, it’s “the courage to be imperfect” … and vulnerable … that makes someone strong.

It takes courage to “let go of who you think you should be in order to be who you are.”

It’s okay to show that you’re a human being with feelings and personal weaknesses. It’s okay to be vulnerable. People will respect you for being “down to earth” and a “regular person.”

It’s also okay, indeed essential, to allow others to be vulnerable. If it isn’t acceptable for someone on your team to admit they screwed up and made a mistake, for example, you’ll get people looking at avoiding making mistakes as their first priority.

Organizations don’t thrive when covering of one’s backside becomes job one. The mindset has to be that we’re all human and we’re going to make mistakes. We’re all subject to a long and dismaying list of human failings, but we’re dedicated to being the best we can be and supporting each other along the way … as a team.

That’s a totally foreign way of thinking and behaving for leaders who’ve been taught they must be personal standouts … tough, convicted, confident masters of the helm, sure of themselves and their decisions at all times.

I have a client who is the leader of a CPA firm. He embodies the idea of vulnerable leadership. He’s not afraid to admit mistakes. He shares his fears and insecurities, and isn’t afraid to laugh at himself. He also shares with his team what he’s learning as he goes through his life’s journey and how he applies it to his firm. And, he isn’t afraid to ask his team for their thoughts, opinions and assistance to help him reach the goals of the firm.

His team sees him as a strong leader who truly values them as people and colleagues. The culture and atmosphere of trust and teamwork is palpable, and he hasn’t lost an employee in over 15 years! How priceless is that?

Being extraordinary involves being vulnerable and admitting you’re ordinary … as you attempt to do great and extraordinary things.