I appeared on a panel recently addressing a group of entrepreneurs and “wantrapreneurs” when an intriguing question came up.

What do you think? 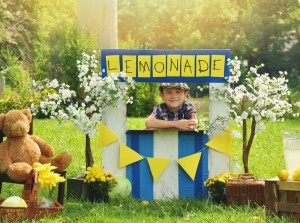 Personally, I think it’s a “you have it or you don’t” kind of thing.

But let’s create a distinction here. I believe regular small business creation and entrepreneurial start-ups are two different kettles of fish. Starting your own professional service business is challenging enough. Been there. Done that. Have the lumps to prove it.

But if you’re engaged in a true entrepreneurial project where you’re raising large sums of capital and rolling the dice on a binary outcome … big gains or total loss … you have to be all in at a whole ‘nuther level. The potential rewards are greater, but so are the risks and demands.

And that’s what makes me doubt that just anybody can become a successful entrepreneur.

If knowledge, skill, and hard work were all it took, I’d say sure. But what about the fire in the belly and the dogged determination it takes to pull off a successful startup, not to mention that ability to go all in and live with the outcome? It seems to me most people don’t have it. In sharp contrast, “born” entrepreneurs would become lost souls without the challenge.

On our panel of four, we had a chiropractor, a management consultant, a coach … me … and a “serial entrepreneur.”

He told of bringing home sand dollars from Florida when he was 6 years old, bleaching them, and selling them in Indiana. He says he “killed it.” He started his first official business at the age of 18 and sold it a few years later for a million dollars. He’s since bought and sold numerous businesses and just that week invested $500K in a vapor business.

Okay, so our question may be interesting, but why is it important?

Because it can be a real problem when people start a business and discover they just don’t have it in ‘em.  They launch a business … even a “regular” small business … for the wrong primary reason … to make money vs. doing it because it’s who they are and what they’re driven to do. If you have to climb that mountain “because it’s there,” that’s a really good sign.

The trap I often see people falling into is they take on a business start-up for money, only to realize they don’t have the passion, the mindset, the dedication and stamina, or the ability to tolerate the risk.

Sure, starting your own business sounds glamorous and you can make a lot of money if you succeed, but there’s a survivorship bias at work here.

We hear about the success stories … the ones who made it through the storm and came home with the treasure.

You don’t hear from the people who drowned.

My advice? Assess what kind of person you are and whether you have what it takes before deciding to start a business of any kind. The desire to make money is a good reason to start a business, but if it’s your primary reason, that’s a red flag. Running a business has a funny way of being more problematic than it looks. You gotta love doing it.

Start a business? Sure, once you’ve really thought it through. Heck, our own business exists to teach people starting up or growing how to do it in an easier, more profitable way. Just be careful.

Because here’s the unvarnished truth. Going into business isn’t for everybody … and I wouldn’t be serving people if I pretended it were.