Sometimes people just don’t get you. You’re misunderstood at work … and it’s frustrating.

After all, you just want what’s best for your organization.

I see it all the time.

Examples: You take the bull by the horns and get a job done and others see you as controlling, non-collaborative, bossy, and competitive.

You listen carefully to what others in a meeting are saying … then take time to carefully consider it before offering any comment or opinion. Others see you as uninterested and disengaged.

Research shows, and our own personal experience confirms, that the way people relate to you is based on who they perceive you to be as a person … an employee … a manager … a  leader.

It isn’t right. It isn’t fair, but perceptions are everything when it comes to how people behave toward you.

This is a big topic, so I want to split it in two. We’ll start by looking at why this mismatch between your reality and their perception occurs. 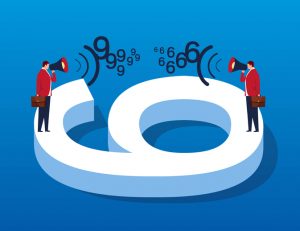 In part two, we’ll look at what you can do to prevent misperceptions from occurring in the first place and dispel them once they’re formed.

Why do these mismatches occur?  What exactly leads someone to come to negative … or at least less-than-positive … impressions of who you are and how you go about your business?

1:  Personality type and the way you prefer to think and behave vs. the way they do.

2:  Cultural norms that bias behavior in ways that offend or alienate those who don’t like or agree with them.

3:  The snap judgments we all make about others.

4:  The woeful lack of meaningful and skillful communication between people, especially in the area of giving feedback.

There other reasons, but those are the biggies.

The Clash of Personality Preferences:

Examples:  You’re an extravert and like to talk to think. She’s an introvert and needs to think through things before she talks. You work together. The conversation doesn’t flow. Each of you sees the other’s style as kind of annoying and inappropriate. That creates unease, distancing, and lack of robust communication … even distrust.

You like to focus on the big picture and connect the dots. You’re a global thinker. She likes to break everything down to its elements … focusing on the trees instead of the forest. It’s easy to have disdain not just for the other’s preferred style of seeing the world and acting in it, but also for the person themselves.

And differences in style can easily be interpreted as stemming from a hidden agenda.

Example:  “He’s asking so many questions and being stubborn about agreeing to the plan, because he needs to have everything be his idea.”

Then again, maybe he’s just being careful and thorough.  Diligence and obstruction can LOOK the same.

Example:  The culture values getting things done, sometimes at the expense of not paying much attention to best practices or what the effect is on morale and the buy-in of having leaders who are almost exclusively immediate-results-driven.

The driver is seen as a bully, a cowboy, someone who doesn’t listen and doesn’t even try to build consensus. The person who complains is seen as non-compliant, a whiner, not a team player.

We judge the book by its cover. It’s a kind of pre-thought mechanism designed to alert us to threats, so it isn’t based on logic, just flash first impressions. Many times they’re accurate, and many times they aren’t. Malcolm Gladwell covered the topic beautifully in his book, Blink.

The problem is, many times those snap judgments stick, even if they aren’t accurate.

Example:   “He doesn’t smile at me when he passes me in the hall. He must be unfriendly and not care about his people.”

Woeful Lack of Communication and Feedback:

Example:  The yearly spasm of supervision known as the annual review. Yeah, go 12 full months with no meaningful real time feedback and then lay it on ‘em. Great plan. Which is more likely … for the receiver of that feedback to have warm, fuzzy feelings about you … or think you’re one critical S.O.B?

That’s a lot in a short space, but I hope it helps frame your understanding a little around WHY we’re often perceived as different from who we truly are.

Coming in July … how you can constructively deal with these issues!